FC Barcelona on Saturday celebrated the retirement of their legend and former striker, Samuel Eto’o Fils.

Samuel Eto’o announced his retirement with a message on social networks.

The Cameroonian, who wore the Barça shirt from 2004 to 2009, where he became one of the best strikers in the history of the club.

According to the club’s official website, Samuel Eto’o will be remembered by culés for always delivering on the pitch.

The assists from players such as Deco, Ronaldinho, Iniesta, Xavi and Messi undoubtedly helped him to achieve those figures.

There are two goals from Eto’o that supporters will always remember. They are those scored in the 2006 and 2009 Champions League finals. Two fundamental goals that allowed Barça to win the European title. 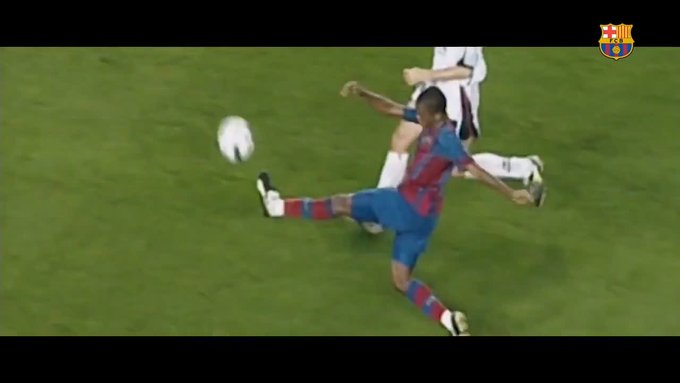 Here are some pictures posted with the caption, “Unforgettable moments.”

Transfer News: Chelsea board to complete £27m deal for a world-class Bundesliga player