Chelsea fans on popular social network, Twitter have taken to their respective Twitter accounts on the platform to heap praises on one of their star players as he clocks age 22. 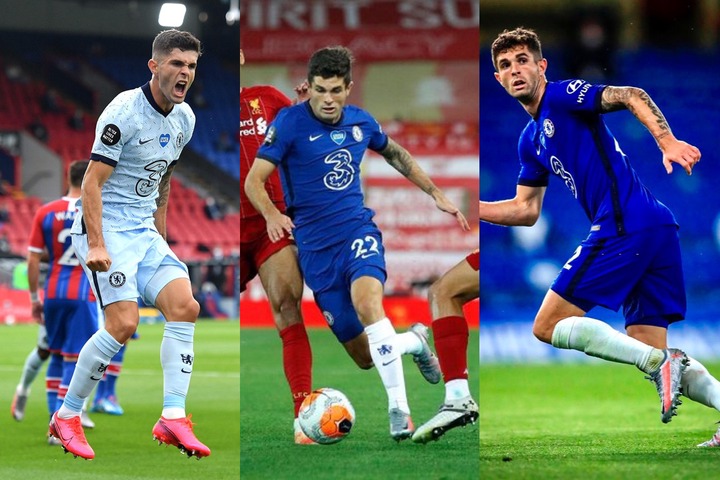 The American international joined Chelsea last summer from Borussia Dortmund and in just a season he now seems to be a fan favorite.

Definitely due to his great performances making majority of the fans happy they have decided to reward him as they heap praises on him on Twitter.

A quick check on the platform shows ‘Captain America’ trending and that’s the nickname bestowed on him by the huge Chelsea fanbase.

He is 22 today and birthday wishes have continued to pump him for the young star player and USMNT captain.

Check out screenshots of some posts by Chelsea fans on Twitter below: 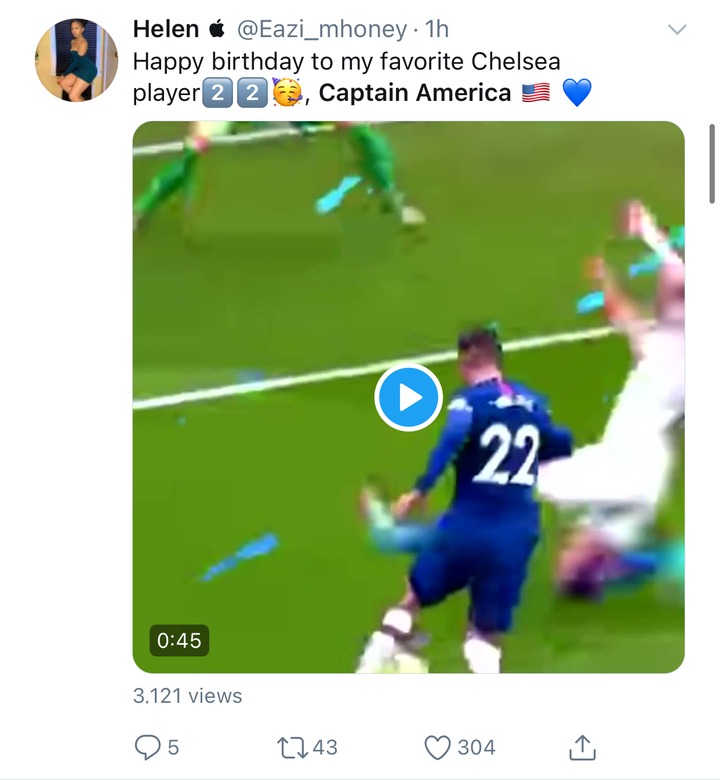 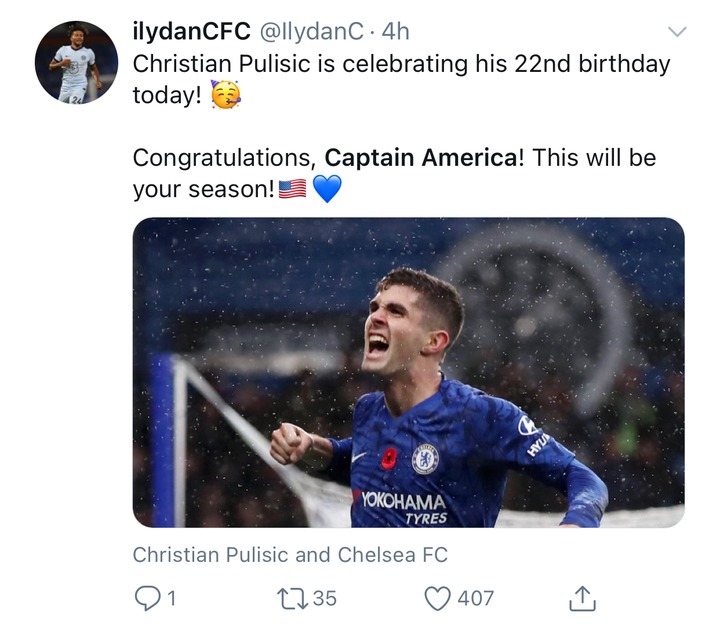 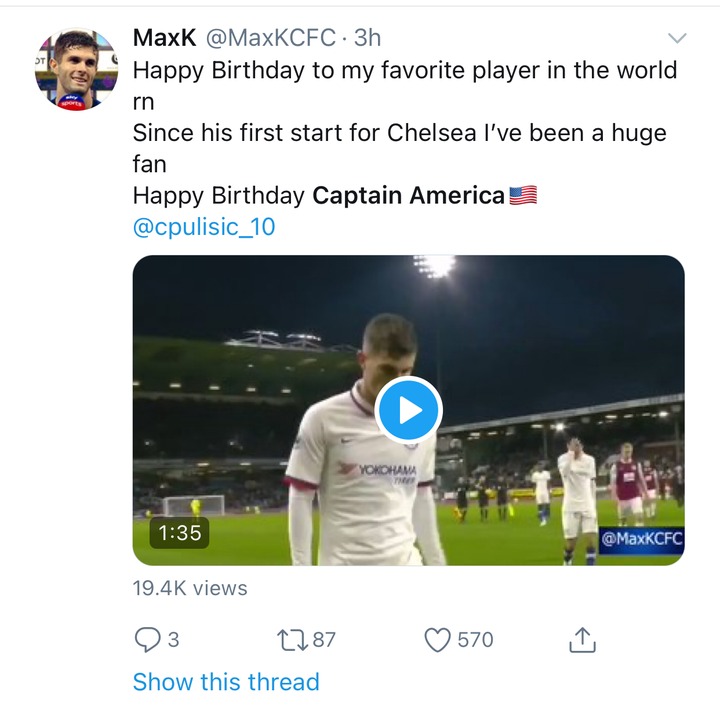 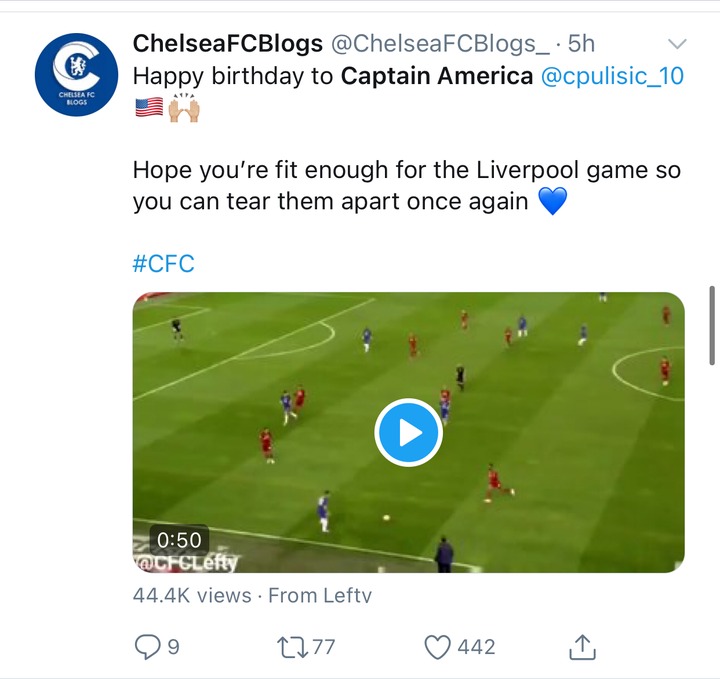 Well, in other news, Chelsea fans would be hoping Christian Pulisic would be fit for their next Premier League game when they host last season champions, Liverpool at Stamford Bridge on Sunday.