The January transfer business is currently going on with clubs trying to get their targets to pen contracts that will take their teams to a new level.

Here are some deals and updates that we are tracking for you today.

Manchester United are said to have rekindled their interest in Juventus star Paulo Dybala, as per reports in Italy. The Argentine international is a player that Solskjaer’s men have tried to sign in the past, and he came close to joining them in the last summer for a swap deal with Romelu Lukaku. However, Dybala ended up remaining at the Allianz Stadium, and won the MVP award for his phenomenal season with the Bianconeri under Maurizio Sarri. With his contract expiring in the summer of 2022, Juventus have begun negotiations for the 27-year-old, but his wages have hit a stumbling block. The Italian champions are said to have offered him a salary of £10.8m-a-year, but he is holding out for a figure of £13.5m. Should he fail to agree new terms with the Bianconeri, Man United will try to sign him. With Paul Pogba also said to be on Juventus’ wishlist, a potential swap deal could be on the cards. Olivier Giroud is set to stay at Chelsea . Olivier Giroud has scored nine goals for Chelsea this season. Olivier Giroud who has laid down a bench mark for professional footballers with his mentality and appetite this season. Just when it seemed like he had played his final game for Chelsea, the French man grabbed all his rare opportunities with both hands. He is now, perhaps, Lampard’s first-choice striker. The veteran has netted nine goals in 15 appearances, and is currently Chelsea’s leading marksman. It appeared as though he would be heading out to either Atletico Madrid, Inter Milan, or Juventus in the coming days. But transfer specialist Fabrizio Romano has now wiped out all speculation by claiming that the 34-year-old will stay at Chelsea There is still some way to go for Moises Caicedo to join Manchester United, as per reports in England. A report on the situation states that while the Red Devils retain a strong interest in the teenager, the deal is far from done, on the contrary to what is being reported in Ecuador. Several Ecuadorean reports have claimed that the transfer is in the final stages and that Caicedo’s move is all but imminent. In fact, The Athletic say that talks between the clubs are yet to even take place, due to which there are several things to be sorted out before any potential move to take place. They say that there are multiple agents associated with Caicedo, due to which Manchester United are finding difficulty in ‘nailing down exactly who has the mandate to act on the teenager’s behalf’. Elsewhere, Chelsea, Atalanta United, and other clubs are also said to be monitoring his situation  Danny Drink-water is set to head out for another loan move away from Chelsea to Turkey. Danny Drinkwater’s career has derailed ever since Antonio Conte was sacked by Chelsea. beIN SPORTS reports the midfielder is heading to Turkish side Kasimpasa until the end of this season at least. He is set to play in the Super Lig after over three horrendous years at Chelsea. Drink-water joined Chelsea from Leicester City, but suffered two dire loan spells at Burnley and Aston Villa, where he only made a combined five league appearances. Issues off the field, such as the drink-driving incident in 2019 and the night club fight with a footballer that resulted in a ligament tear haven’t helped his cause either. A loan move to a different league could be the breath of fresh air he requires Manchester United will only move for £90m-rated Aston Villa skipper Jack Grealish should Paul Pogba be sold in the summer, as per reports. The Red Devils’ interest in the English star has been well-documented, having tried to sign him in the past, and based on the stunning performances from the recently-capped English international, he certainly will not come cheap. Sergio Ramos has rejected a one-year contract extension at Real Madrid as per Marca, and has put Manchester City on red alert in the process. It was reported yesterday that Pep Guardiola is keen on adding the Spanish center-half, and the deal seems to have become a real possibility now. Ramos’ contract with Real Madrid comes to an end this summer, and he is free to talk to other clubs. Manchester City missed an experienced center-back last season, and although they have done better so far this campaign, Ramos’ addition would strengthen them further. Despite his age, Ramos continues to be a key player at the back for Real Madrid and has made 13 appearances in La Liga so far. 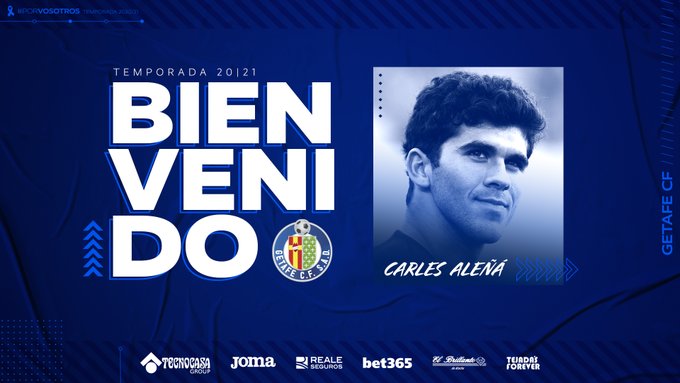 Barcelona midfielder Carles Alena has joined Getafe on loan until the end of the season. Alena came through the La Masia academy, making 43 appearance for the Barcelona first team, scoring three goals. In January 2020, he went on loan to Real Betis where he made 19 appearances and scored once. Wigan striker Callum Lang has been recalled from his loan spell at Motherwell. During his stay in Scotland, the 22-year-old featured in the Europa League and scored five goals in 21 appearances.