Mauricio Pochettino has offered his backing to Angel Di Maria after the Argentine was criticised for revealing that he would like Lionel Messi to join Paris Saint-Germain.

Barcelona head coach Ronald Koeman was less than impressed with Di Maria’s assertion that he’d be “very happy” to play alongside Messi at PSG, but Pochettino does not feel his player was attempting to cause trouble.

“They asked Di Maria if he wants to play with Messi… well, what do you want him to answer?” Pochettino told Onda Cero. “That’s not being disrespectful to Barcelona. Let’s not take things out of context.”

SMITH: NO APPROACH FOR TERRY

Aston Villa manager Dean Smith says that no one has approached them with regards to an offer for John Terry into management but says he wouldn’t stand in his way if the time was right.

Jorginho’s representative Jorge Santos has said “nothing can be ruled out” regarding the future of his client, admitting the Chelsea man would be open to a return to Serie A.

“Football is dynamic and nothing can be ruled out,” Santos told Radio Kiss Kiss Napoli. “If [Maurizio] Sarri returns to Napoli, he would make an attempt to bring Jorginho back. He is perfect for his football. I can’t rule it out. He has two years left on his contract and is a regular starter for Italy. However, with a good project, he would be open to coming back.”

Diego Costa is closing in on a return to Brazil to play for Palmeiras. The 32-year-old, who was released by Atletico Madrid in January, is in negotiations with the biggest club in his hometown of Sao Paulo.

Palmeiras have offered him a two-year deal worth around £2.6m per year after tax. The player is currently in Brazil.

Costa had been in talks with clubs in Turkey, Qatar and Saudi Arabia since leaving Atletico. Saudi Arabian side Al-Shabab came closest to meeting his requests, but no club was able to agree terms. He had also been offered to clubs in the Premier League, with one top-six team offering him a deal until the end of the season, which was turned down.

Manchester United will try to sign Jadon Sancho from Borussia Dortmund again in the summer, but will open discussions with a bid of around £50 million, Eurosport reports.

BVB wanted over £100m for the England international last summer, but it is claimed that a significantly lower bid could still get a deal over the line due to the financial impact of the coronavirus pandemic.

If Dortmund fail to secure Champions League football, it is also suggested that the club would struggle to hold on to striking sensation Erling Haaland.

West Brom head coach Sam Allardyce has also ended his interest in Ahmed Musa after the ex-Leicester forward trained with the Baggies. Musa arrived late because of Covid-19 protocols, meaning Albion had run out of money having already signed Robert Snodgrass, Andy Lonergan, Mbaye Diagne and Okay Yokuslu in January.

“We bought four players in so that didn’t fall within our budget,” said Allardyce.

“It was a shame Musa didn’t come in earlier because of Covid and he may have been one of the four we brought in but because he was the fifth it couldn’t get done.”

Tranmere have announced they have sold striker Morgan Ferrier to Israeli Premier League side Maccabi Petah Tikva for an undisclosed fee.

The 26-year-old, who signed for Rovers from Walsall on a free transfer in August 2019, had scored one goal this season in the Papa John’s Trophy. Ferrier made a total of 30 league appearances for Tranmere, scoring five goals. 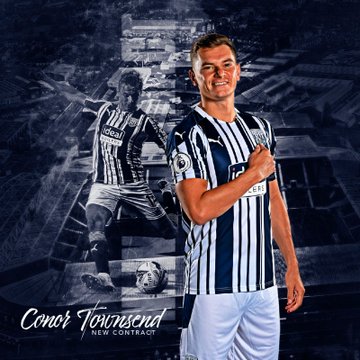