According to the information available to sunrise news, there has been a fire outbreak at the Head Office of Unity Bank Plc on Victoria Island, Lagos, on Monday morning.

Videos posted on social media by witnesses showed parts of the building on fire with the flames spreading to at least three floors.

The fire which started early in the morning has been brought under control by officials of the fire service, the bank said in a statement on Twitter.

According to the bank, there was no casualty or loss of lives in the fire and observations as of 8:48 am showed that it did not affect the banking hall or “other strategic business areas”.

The cause of the fire has yet to be identified.

We regret to inform the public that there was a fire incident on one of the floors of our Head Office building early this morning.

The cause of the fire incident is yet to be ascertained but the fire service has intervened and has brought the situation under control.

See The Bell Times’s other Tweets 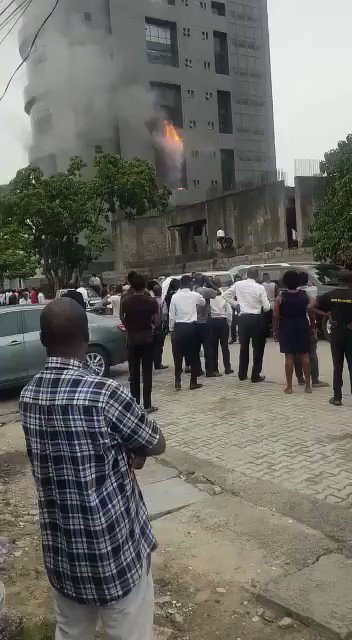 Several people have expressed solidarity and support for the bank, which is listed on the Nigerian Stock Exchange and has more than 200 branches across the 36 states of the country and the FCT.