Kannywood actress Maryam Booth has break silent and reacts allegedly to the leaked viral video stated to have been leaked by her Ex Ibrahim Ahmad Rufai popularly known as Deezell.

According to her that Deezell has threatened to leaked her video in numerous occasion if she fail to give him money.

My Deen My Swag

Deezell didn’t deny the fact that he recorded the video.. So we are still waiting for apologies before 3am for the claim that he leaked the Maryam Booth nude video.. https://twitter.com/maryambooth/status/1226226800847675394 …

163 people are talking about this

Someone should tell me please, who should we believe.??
Mikiya, Deezell or Maryam Booth.?? 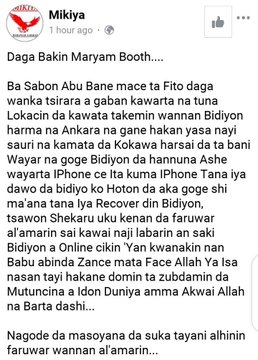 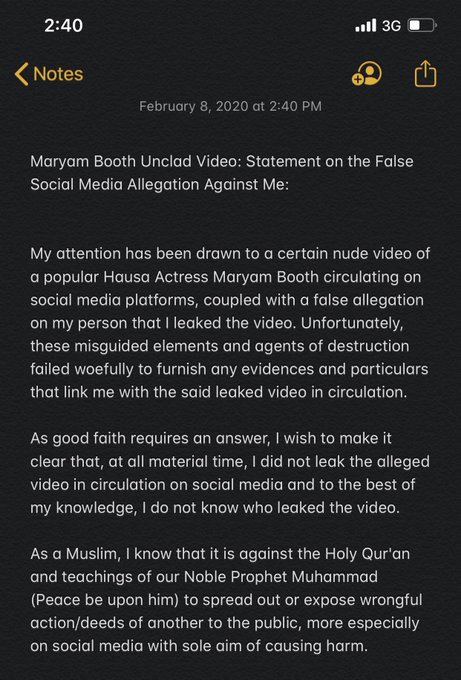 67 people are talking about this

At such the actress has no choice than to break silent and vow to follow the matter comprehensively to fish out the person that leak the video and will not allow the matter to be swept under carpet she said.