Crime Watch
November 11, 2020 Peter PHOTOS: Youths beat up Pastor after they caught him with charms in Anambra

A Facebook user has narrated how a Pastor in Anambra was beaten up by the youths after they caught him in a compromising position.

According to him the incident happened in Umunze area of the State.

According to the story, the pastor was caught with some charms to help boost his ministry.

The poser of the story added that is it that the power from above is no longer working that he has to look for more powers from man?

He also went ahead to post pictures from the incident for the whole world to see.

In the pictures posted by him, it was seen when he was carrying the said charms and the youths were leading him somewhere.

Also at the scene there was a banner bearing the name of the Church as God of Light Anointing Ministry.

The identity of the self acclaimed preacher is Pastor Chukwuebuka.

Here is exactly what he said as he posted the pictures from the scene of the incident.

“Pastor caught Red handed in Anambra Community with Charms claimed to use in boosting his ministry.

“Does it mean that the power from above is not effective on his side that he seek for more power ? Meanwhile , they beat him black and blue before disgracing him”, he wrote. 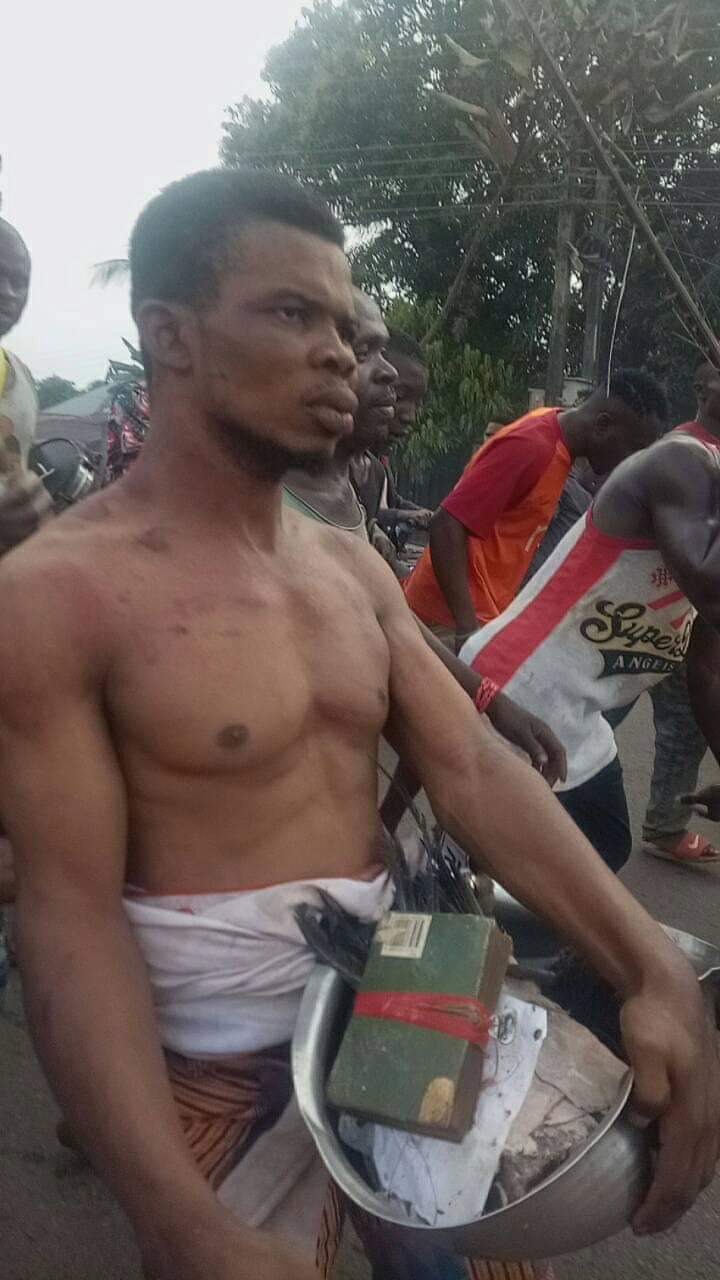 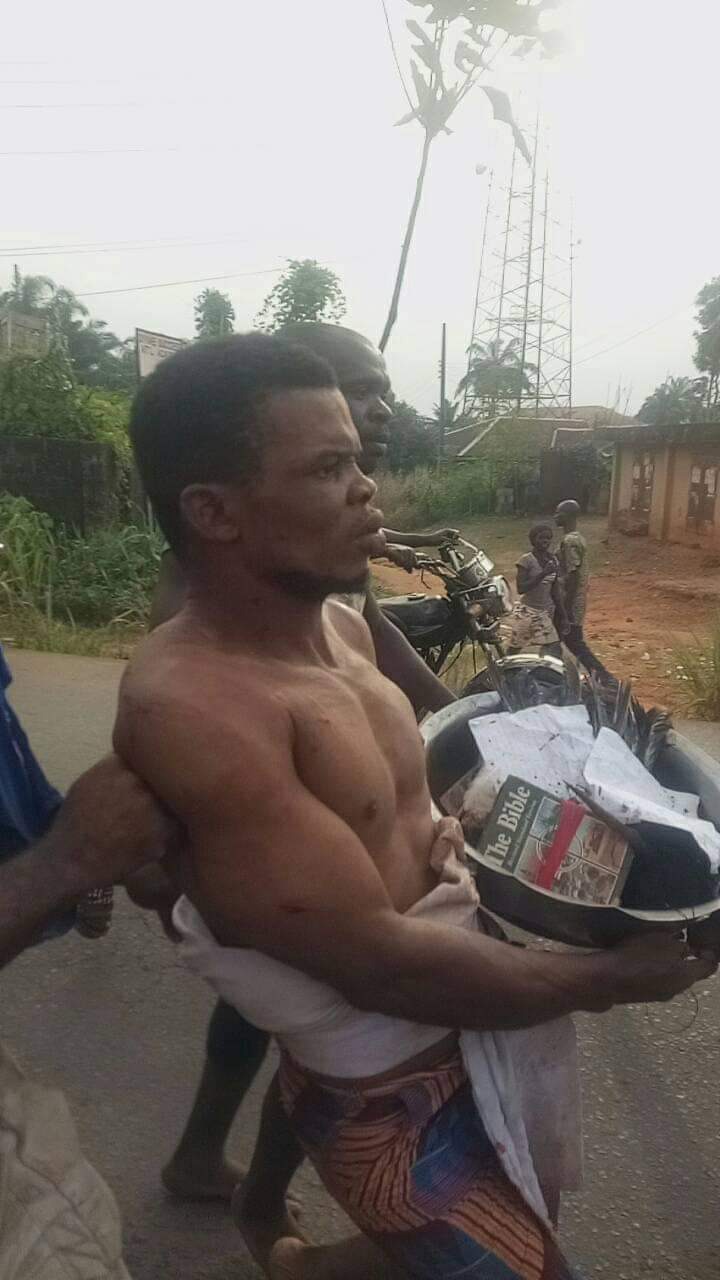 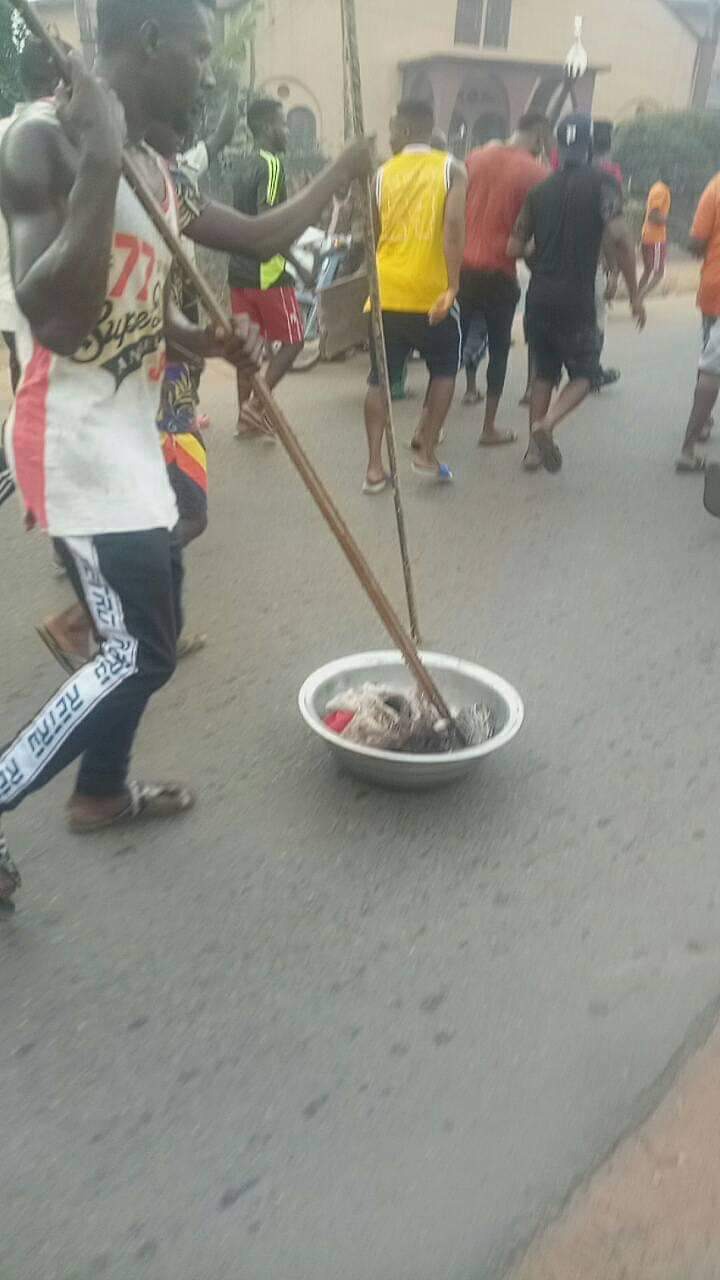 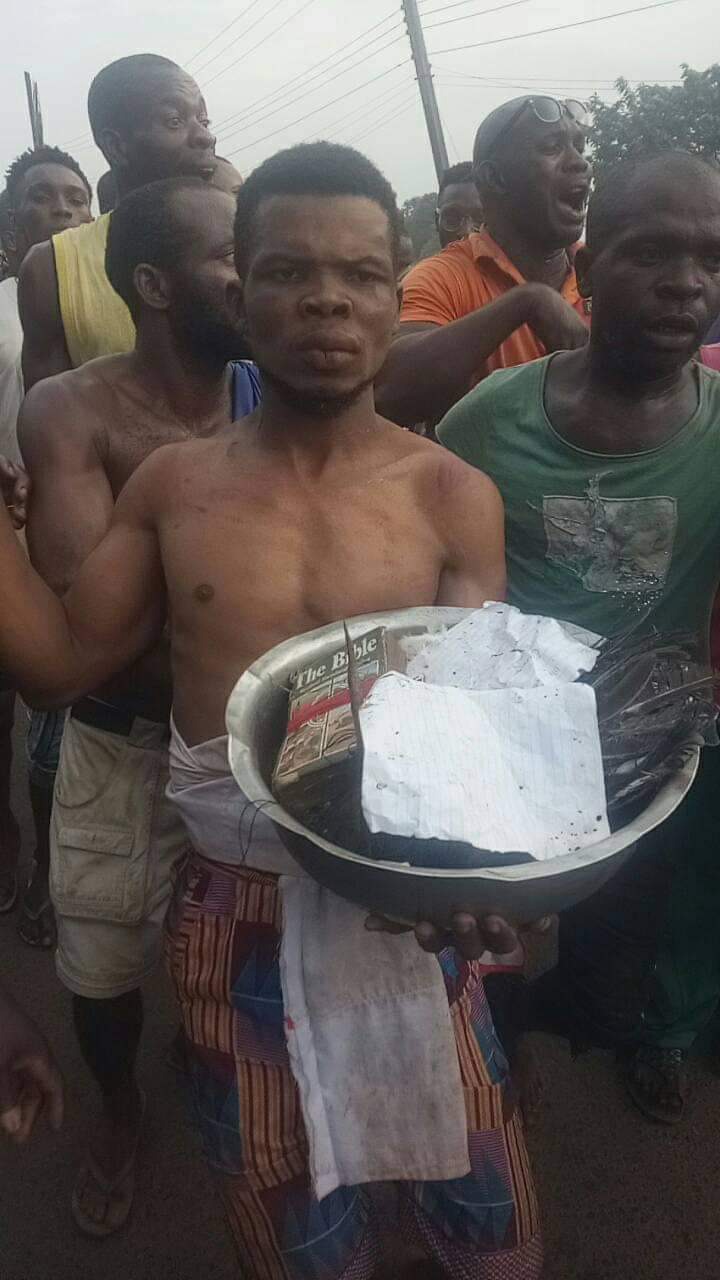 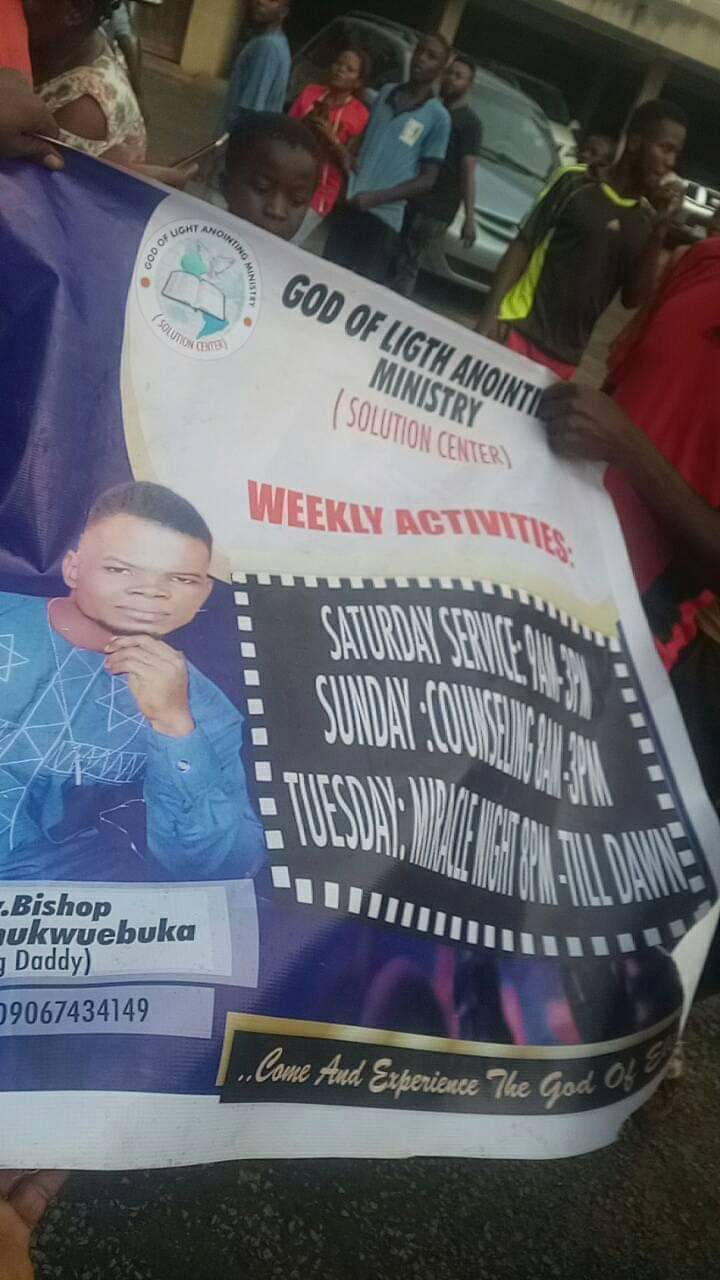 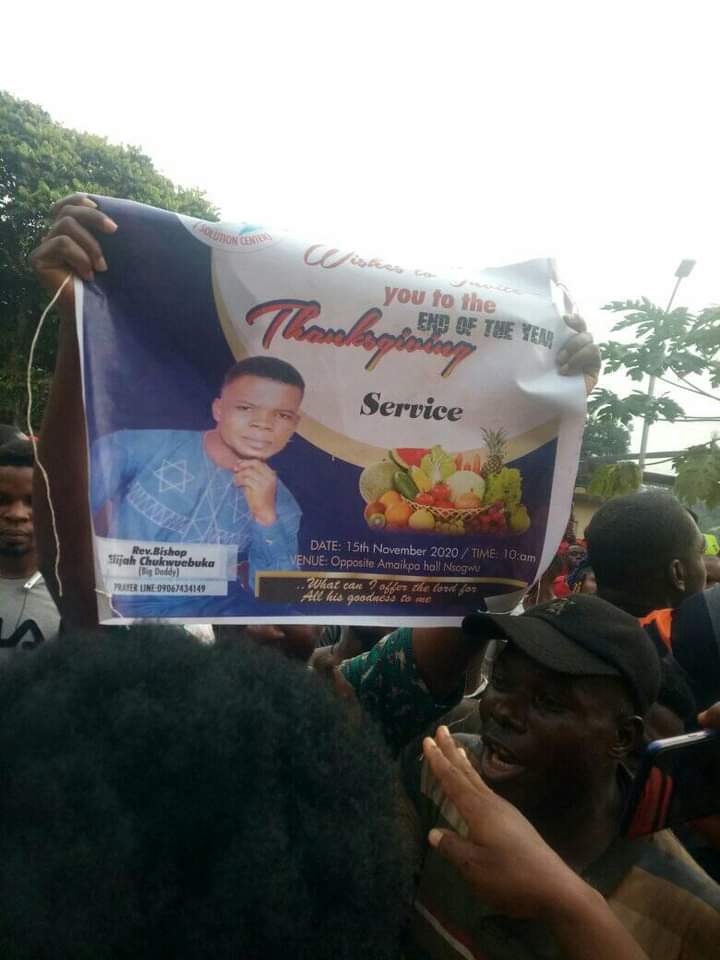 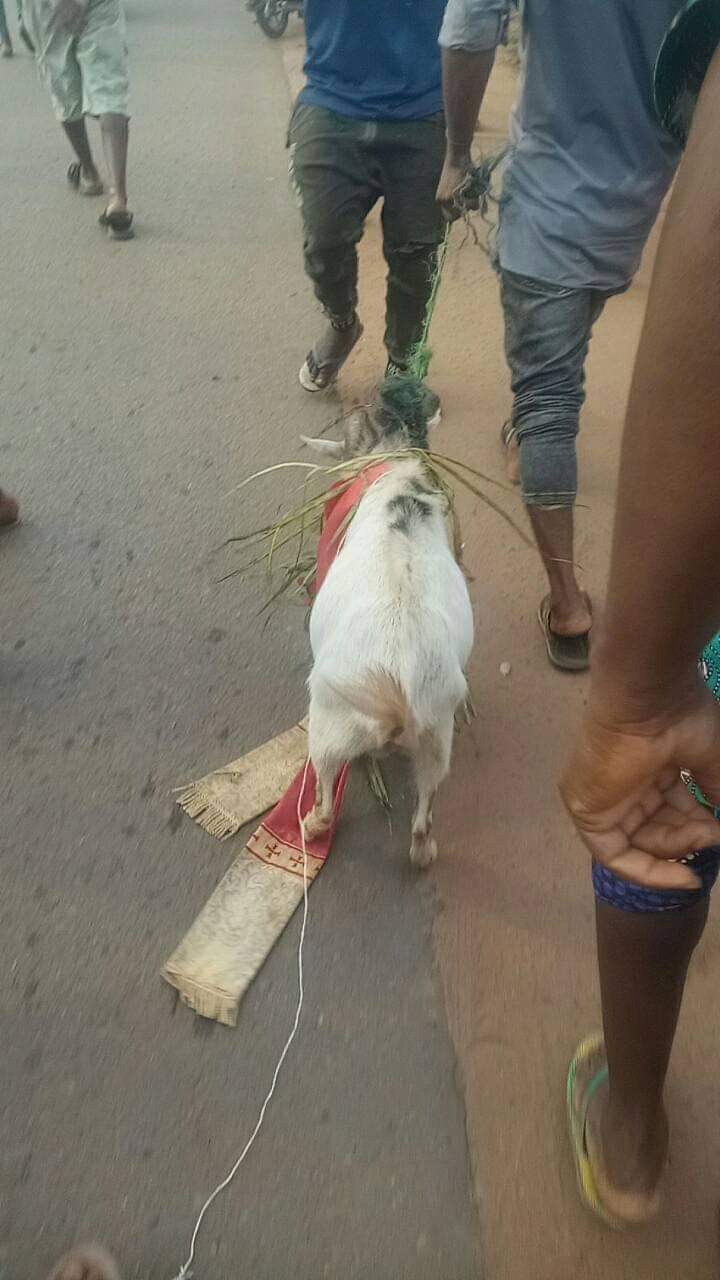