A public display of anger that leads to an embarrassing fight was recorded between a man and a lady who clashed publicly in front of a Shoprite mall.

According to the report, the yet-to-be-identified man allegedly slapped a lady who purportedly insulted him following an issue between them.

The lady, after receiving the slap, attacked the man right there in front of the supermarket as two of them fought brutally to the shock of onlookers.

They were later separated by passersby as the raging lady was restrained.

A Facebook user identified as James Noel, shared the footage but didn’t give the location where it happened.

Internet users have berated the pair for the shameful act 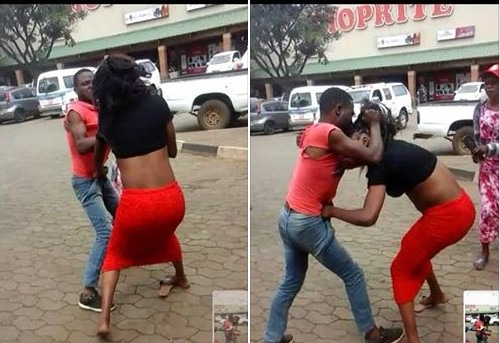 #BBNAIJA 2020: The winner of the show for this year will be between these two Housemates

#BBNAIJA: See what Laycon was doing with Nengi that got people talking (Photos)