Wednesday Morning Official done deals and transfer updates for some target players for Chelsea, Manchester United, and other Football clubs across Europe.

Crystal Palace defender Gary Cahill has told the Evening Standard he’s not worried about his future, despite being out of contract at the end of this season. The 35-year-old former England defender said: “I am totally relaxed about the situation myself. I am in a different situation to some in terms of their age. I am just looking to consistently try and perform at the level I want to be at.”

This summer could be “now or never” for England striker Harry Kane, 27, if he wants to leave Tottenham to take the next step in his career, says former Spurs midfielder Danny Murphy. (Talksport)

The Sun reports Real Madrid hope Gareth Bale’s form will persuade Tottenham to extend his stay for the final year of his contract next term. Bale infamously fell out of favour at the Bernabeu under manager Zinedine Zidane, and has found form in north London in recent weeks, scoring twice in Spurs’ 4-0 win over Burnley on Sunday. BALOGUN TIRED OF ARSENAL EXILE
Folarin Balogun’s future looks increasingly set to be away from Arsenal, reports today’s Daily Mirror, with the forward set to leave the club over a lack of minutes. The 19-year-old has seven goals in the Gunners’ PL2 campaign this season, but is yet to make his Premier League breakthrough – and is out of contract this summer.

Manchester United fans do not want the club to go all out to sign midfielder Eduardo Camavinga this summer. The Rennes midfielder is expected to cost around €50-€60 million.

United fans on The Peoples Person Facebook page asked whether the club to launch a bid for Wilfred Ndidi which is a better option with Premier League experience. 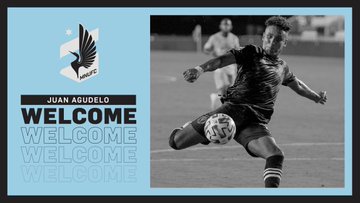 Blackburn defender and Republic of Ireland international Derrick Williams is headed to the LA Galaxy, Extra.ie reports, though a quad injury could keep him off the pitch at the start of the upcoming MLS campaign.

Paul Cook has been announced as Ipswich’s next manager, replacing Paul Lambert. Cook has agreed a two-and-a-half-year contract.