Reactions have been trailing the meeting of Big Brother Naija Lockdown former housemate, Erica and Kiddwaya’s mum as fans get excited about the whole thing.

The social media went agog after Susan Waya, the mother of Kiddwaya met Erica and people said that she has endorsed their relationship.

Recall that Erica and Kiddwaya were lovers in the Big Brother Naija lockdown reality show and many believed that the relationship will not continue outside the house.

Erica was disqualified from the show as against the prediction of many that she will make it to the last day in the show.

Recall also that Mr. Terry Waya, the billionaire father of Kiddway promised to reward Erica with half of the N85 million grand prize in the event that his son wins the show.

But now the winner has emerged and Laycon is the choice of the fans. 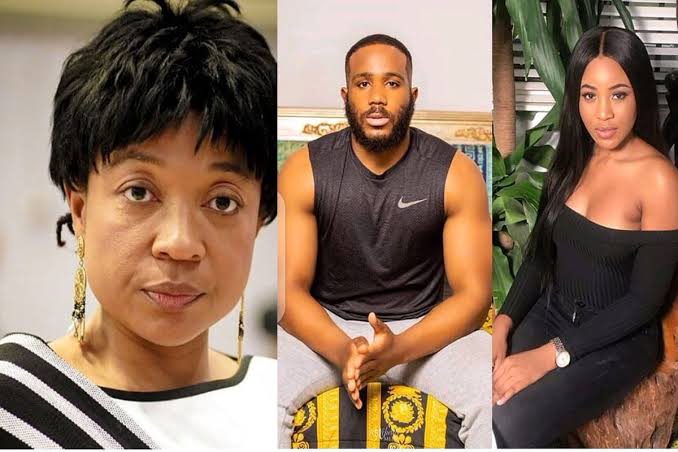 Mrs. Waya at the event disclosed that “I see myself in this young lady [Erica] and I’m here to support her, I also want to confirm to you that I’m a Kiddrica shipper.”

Check the link below for the video:

Meanwhile people are now reacting and clamouring for the wedding preparations to begin immediately.