Real Madrid manager, Zinedine Zidane is full of praise for Chelsea and Thomas Tuchel after they eliminated his side in Stamford Bridge.

Real Madrid are out of the UEFA Champions League after being knocked out by Premier League side Chelsea in the semifinals.

Los Blancos lost 3-1 on aggregate after losing 2-0 at Stamford Bridge on Wednesday night. Goals from Timo Werner and Mason Mount gave the Blues the deserved win over the Champions League giants. 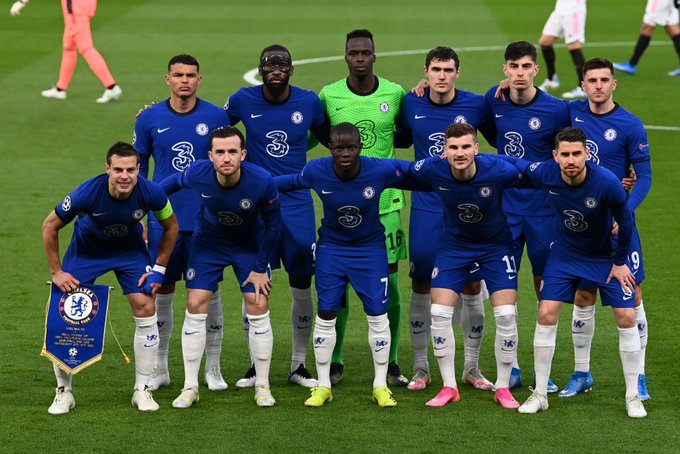 After the game, Real Madrid manager, Zinedine Zidane shower praises on Chelsea as he claimed they deserved the win over his team with the French gaffer also hailing his players for fighting and also trying to win the game.

Real Madrid boss Zinedine Zidane to Movistar: “We can say that yes, they deserved the win. We fought and tried but they deserved to win and go through.

“The players who have played tonight were fit to play. I’m proud of my boys: we tried, we have got this far – just one game from the final. Chelsea played a great match and have gone through and we have to say well done to them.

“We needed to be better going forward. We didn’t have any clear chances, they made a number of them and that’s football. But as I’ve said, I’m very proud of my boys. Now we rest and think of the Liga.

“Of course we’re not happy. When you lose a semi-final you can’t be happy and that’s normal. It’s tough to take, but tomorrow we’ll be back out on the training pitch ready to go again.”